Quality across the board was encouragingly high in our latest Global Riesling Masters competition, with producers from the Old and New Worlds impressing with their sweet and dry expressions, finds Rupert Millar. 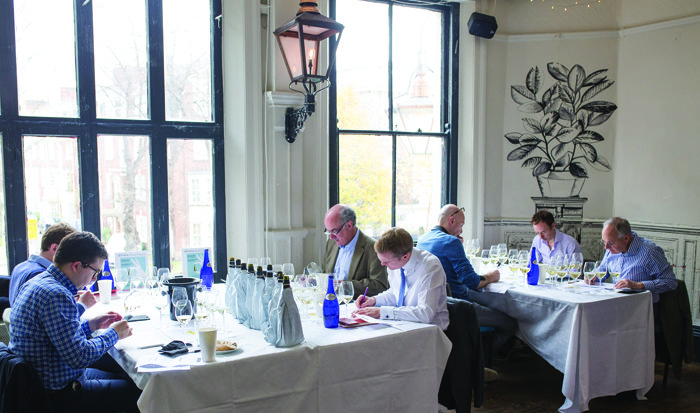 The Global Riesling Masters has established itself as one of the most popular tastings in the Masters series, not only because of the lingering affection for the variety held by most of the trade, but also because this faith is rewarded by an impressive level of quality and consistency.

“Riesling is always strong, and this was borne out again,” said Jonathan Pedley MW, while Hugo Rose MW agreed it was a “high-quality tasting overall – with few wines rejected or not being awarded a medal. I think the results will show strength at every level; there was a strong showing from countries such as Canada, the US, Australia and Austria.”

The judges were especially positive about the diversity of styles in the dry and sweet categories, the ripe character of the German and Austrian wines from the 2015 vintage, the ‘personality’ of many of the New World wines and the value of wines made at all levels with this variety. Yet, there were also concerns about the perennial problem of levels of sweetness and sulphur in certain wines.

In a crowded wine-competition arena, the drinks business Global Riesling Masters stands out for its assessment of wines purely by grape variety rather than by region. Divided only by price bracket and, for ease of judging, whether the sweetness of the style, the blind-tasting format allowed wines to be assessed without prejudice about their country of origin. The best wines were awarded medals that ranged from Bronze through to Gold, as well as Master, the ultimate accolade, given only to exceptional wines in the tasting. The wines were judged by a cherrypicked group of Masters of Wine and one Master Sommelier on 24 November at The Dead Doll’s House in London. For more detail on the top-scoring wines, including tasting notes

Overall, two Masters were awarded; fittingly one went to a dry wine and one to a sweet. In the dry camp was an Austrian wine from Kremstal, a 2011 ‘Riesling Privat Senftenberger Pellingen 1 ÖTW’ from Weingut Nigl, and in the sweet corner a 2007 vendanges tardives from Domaine Charles Sparr in Alsace. Both were in their respective £20- £30 brackets.

Austria led the pack in the Gold medal leagues with five; Germany and Australia garnered four apiece, France two and there was one apiece for South Africa and New Zealand. There was a good haul of Silver medals across the board, even if it remained the highest medal colour for entries from the US, Chile and Canada.

RANGE OF STYLES
Perhaps Riesling’s greatest strength is the diverse range of styles it’s capable of producing. Naturally, therefore, it was a key talking point at the tasting, particularly as a lot of the wines didn’t always conform to classical stereotype. Rose mentioned the “old school” and “new wave” but, crucially, pointed out that, “new wave doesn’t always mean New World; there were some from Germany”.

The richer wines from Germany and Austria are a clear consequence of the warm 2015 vintage. Alcohol levels were quite high and the fruit profile was often more tropical and peachy than the citrus and lime one might expect. “Stylistically, there was a trend away from fresh green apple to tropical,” said Roberto Della Pietra. 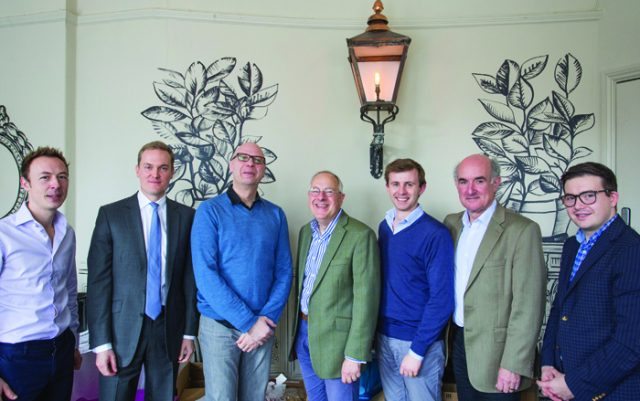 “Germany and Austria have certainly benefitted from 2015,” said Pedley, “and because it was such a star vintage a lot of the top wines are gorgeous for drinking now – will they age though?” he pondered. Australia also performed very strongly, and there were a number of lean, rather racy wines – “with bottle age too”, noted a pleased Pedley – that stood in contrast to their riper, often younger, European cousins.

Matthew Forster MW praised the New World wines in particular for their diversity, saying it was clear that producers were “really exploiting” the potential of Riesling. He added: “The tasting showed there’s space for both styles, and I felt some of the Austrian wines were the apogée of that dry, full-on style – and the Australians were very good too.”

Austria and Australia in particular seemed to be the two countries where the judges had favourites, with the New World perhaps having the edge. Rose stated that, generally speaking, he was: “More impressed with the New World than the majority of wines I would call ‘classic’. They had more definition and personality.

“The classics had beautiful balance but perhaps not those other qualities.” Pedley noted he would have liked to have seen a few more Alsatian wines (despite one winning a Master) and Della Pietra commented on the scarcity of Chilean wines.

SWEETNESS AND SULPHUR
Clement Robert MS said he was “more impressed by the sweet wines rather than the dry and Pedley agreed that there were some “very good sweets”, but added there seemed to be something of a qualitative gap in the “medium” category – indeed, there was only one Gold in the category and the number of Bronze medals exceeded the Golds.

What made some of the ‘medium’ wines so hard to judge was the sugar levels were more uneven. Admittedly, the range of category, from 12-45 grams per litre, is broader than most, but nonetheless some seemed closer to dry wines while others might almost have deserved to be in a sweeter category.

Pedley added that it was a neat example of one of the reasons consumers remain so wary of Riesling as they have, “no idea if it will be sweet” – or, at least, how sweet it will be. Even though wines put into the Riesling Masters are categorised by sweetness levels (as well as price), with bands for wines under 4g/l, from 4- 12g/l and more than 45g/l, it is clear that even for the trade it’s not a simple thing to pin down exactly.

What chance then for the consumer? As Pedley summed up, sweet Rieslings are one of the variety’s greatest strengths but also, “its curse”. “Sweetness, but also the ‘egginess’ from sulphur, is what holds Riesling back from consumers,” countered Robert, for whom the issue of the (over-) use of sulphur and filtration is clearly a sore point.

Although he professed to be “impressed by cleaner, more fruit-driven wines”, he still felt quite a few showed the signs of reduction or stripped-out flavours. As he admitted: “You will always find very good Riesling with a lot of sulphur – Egon Müller for example.” Nonetheless, he continued: “It’s still difficult to appreciate sulphured wines.

A lot of winemakers still use too much sulphur and you end up with reductive wines.” There were definitely wines that were “refined and austere”, Pedley noted, but “in a good way”, and he added it was good to see producers from all countries “aiming for that leaner style”. 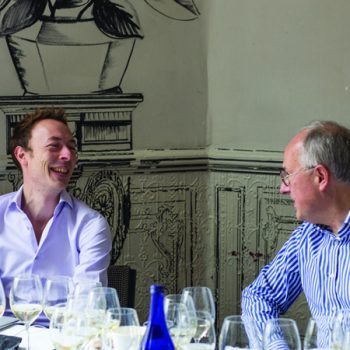 VALUE FOR MONEY
One aspect of the tasting that was particularly pleasing was the value for money Riesling represents – yet another reason to lament that sweetness levels mean many drinkers still steer clear of it. Forster said that while the, “quality was very high at all levels, wines under £10 show real value for the consumer”. Rose agreed: “We were pleased with many of the lower-priced wines.

They were clean and well made, giving a lot to the consumer. They are not banal wines.” With experience at several Masters tastings now, Pedley declared that the general standard was higher than for other varieties.

Like Forster, he particularly praised wines below £10. “You’ll find Sauvignon Blanc and Chardonnay at £10 and below that can be dilute and disappointing,” he said. Meanwhile, he added: “The price of top-quality Riesling remains very reasonable. It’s one of the great-value wines.”