No longer just a tipple for ladies who lunch, sparkling has become a ‘lifestyle’ wine for consumers around the world, and as our Masters competition showed, the quality is rising from Champagne to English sparkling and beyond. 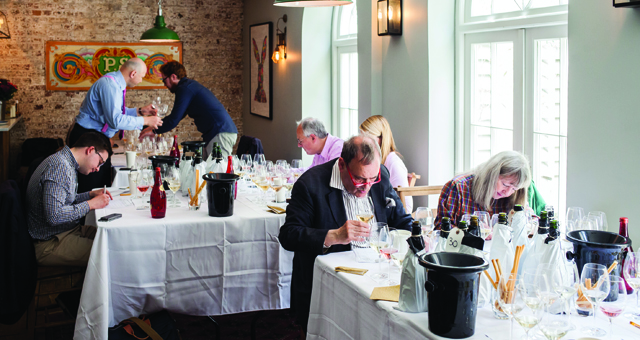 THE SPARKLING wine category is on fire at the moment, not only in the UK but around the world. It’s so hot, in fact, that a trade show dedicated to fizz launched in Paris in June, with organisers hoping to make the City of Light the global capital of the sparkling wine trade.

Held at the Parc Floral, Bulles Expo drew 130 sparkling wine producers from across the globe and over 5,000 members of the wine trade with the aim of boosting the already buoyant international sparkling wine market.

In February, Vinexpo CEO Guillaume Deglise described sparkling wine as “the hottest category in the world” due to its consistent growth since 2010.

According to the IWSR, fizz is expected to drive a 1.8% increase in UK wine consumption from 2015 to 2019, with Prosecco leading the charge due to its status as an everyday luxury that consumers can indulge in guilt-free.

The Drinks Business Global Sparkling Wine Masters is a competition for sparkling wines from around the world. This year’s inaugural event saw 280 entries judged blind by a panel of highly experienced tasters.

Wines were scored out of 100, with those gaining more than 95 points being awarded the top title of Master. Those earning over 90 points were given a Gold, those over 85 points a Silver and those over 80 points a Bronze. The sparkling wines were tasted over the course of one day at Cambridge Street Kitchen in London’s Pimlico on 10 June. This report features only the medal winners.

This year sparkling wine sales in the UK soared past the £1 billion mark for the first time according to the WSTA, with retail sales during the first three months of the year enough to fill an Olympic-sized swimming pool.

The average price of a bottle of sparkling wine in the UK off-trade is £9.10, which rises to £34.96 in the on-trade, with Prosecco now accounting for over half the sparkling retail market.

The WSTA estimates that by the end of the year around 106.7m bottles of fizz will have been sold through UK retailers; double the amount shifted in 2012. Given the strength of the sparkling wine category, we decided to launch the Global Sparkling Masters this year, with judging taking place in London on 10 June.

Gathering a cherry-picked panel of Masters of Wine and Master Sommeliers, our judges slurped their way through over 200 sparklers, awarding 45 of them Silver medals, 13 Gold and just one – Taittinger Comtes de Champagne 2006 – the top accolade of Master. 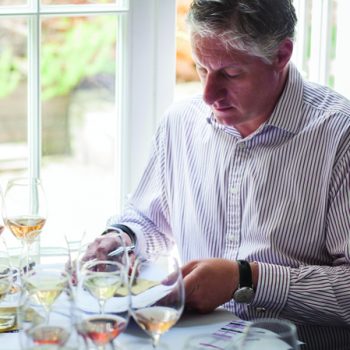 Shaking things up in the category, Gold medals were also awarded to a sparkler from Nova Scotia in Canada – Benjamin Bridge Brut 2008 – and, even more surprisingly, to a 2011 Blanc de Blancs made by Italian vigneron Edoardo Miroglio in the Thracian village of Elenovo in southeastern Bulgaria.

In terms of what our judges were looking for, Champagne expert Michael Edwards best summed it up: “In sparkling wine I look for tension, energy, creaminess, spiciness and refreshment, which is what the category is all about,” he said.

For Clément Robert MS, the man in charge of wines across the 28°-50° group, bubble size was the key to quality. “One of the key things I look for in quality sparkling wine is fine bubbles – I don’t like soda water bubbles. The wines have to be well balanced and the acidity has to be in harmony with the texture,” he said.

Taking it back to the beginning of the production process, Jonathan Pedley MW believes that the key to a standout sparkling wine lies in the quality of the base wines.

“It’s an old truism that sparkling wines need impeccable purity in the base wine as the sparkling process brings any faults in the wines to light, which the tasting illustrated.

All sparkling wines need precision, purity and balance in the base wines,” he said. “The poorer wines had underlying faults like excessive acidity, astringency and bitterness in the base wines and the bubbles amplified it.

There was huge variability in the Proseccos – we found some beautiful aromatic ones and some wretched ones. It was a mixed bag and had nothing to do with price.”

According to Pedley, the best sparklers in show offered “pure expressions of what they were meant to be, with yeast character, nutty complexity, maturity and beautiful balance on the palate, where the acidity, fruit and alcohol are in harmony”.

For Pierpaolo Petrassi MW, head of beers, wines and spirits for Waitrose, the English and Welsh sparkling wines in the line-up performed as well as he thought they would. 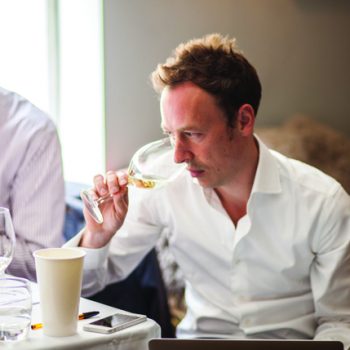 “They were really interesting and impressive, and reaffirmed what I thought about them. English and Welsh sparkling wines have made great strides and are now rubbing shoulders with the world’s best sparklers – they showed well and are holding their own,” he said.

“They used to be very taught and acidic, but the winemaking has come on leaps and bounds, and there’s a good balance between the current vintage and reserve wines in the blend now, while the high acidity is balanced out with more richness.”

Robert echoed Petrassi’s thoughts but was “disappointed” not to see more English fizz in the tasting, given that it’s currently enjoying a long awaited moment in the sun. Patricia Stefanowicz MW put the lack of homegrown entries down to the fact that producers have no problem selling out of their stock, giving them less incentive to enter competitions.

With this being his first Drinks Business Global Masters tasting, Petrassi was impressed overall by the quality of the wines on show.

“There were lots of good quality examples – I was surprised by how many good South American wines there were, which were well made, refreshing and clean with a good balance of fruit,” he said. Given his role at Waitrose, Petrassi is passionate about getting the message across to consumers that sparkling wine should viewed as an everyday luxury rather than a special occasion treat.

“Sparkling wine isn’t just for celebrations but rainy Tuesdays too. If you’ve had a bad day, sparkling wine can perk you up – fizz really has its place,” he insisted.

“I was impressed with the basic wines and how good the sparklers outside Champagne were.” Robert, however, believed the “real quality” started to show in the £20-30 bracket, which, in his opinion, offered the best value for money of the wines in the line-up. 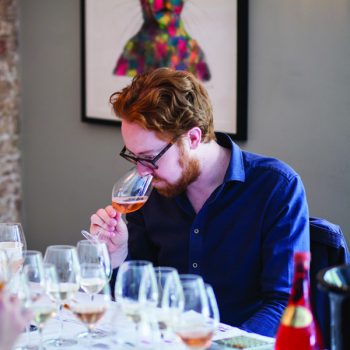 “In the £20-30 price point Champagne has strong competition – it’s not the undisputed king of fizz any more – but at the top end it’s still untouchable and has the monopoly,” he said, adding, “the grower Champagnes performed well – I liked them as much as the grandes marques.”

Stefanowicz MW agreed: “The top-level Champagnes were amazing, even those that were too youthful to show their true colours,” she said.

With regards to Prosecco, Robert’s opinion remains unchanged following the tasting. “Prosecco performed as I thought it would – it never reaches complex heights no matter what lengths the winemakers go to.

It’s an enjoyable, easy-drinking, everyday wine but is hard to judge in competitions,” he said. Petrassi was a bit less harsh on the UK’s favourite fizz, and believed its runaway global success has led Cava producers to change their approach in a bid to piggyback off its success.

“Prosecco has created its own style and we’ve seen Cava try to mimic it with residual sugar and a different fruit structure. Cava makers are being more careful in allowing the fruit to sing in a more overt way,” he revealed.

A low point of the tasting was overuse of sugar, particularly in a few rogue examples in the brut category that were clearly over the dosage limit. Another complaint was a lack of vivacity in some of the sparklers.

“There were a number of wines across the price spectrum that had lost their freshness and become soggy,” insisted Pedley. “Sparkling wines are incredibly delicate and get tired sooner than still wines. Producers need to make sure fresh stock is reaching the market.”

But despite a few dodgy sugar levels and a cluster of tired wines, our tasters were largely enthusiastic about the wines on show. While Champagne remains the king of fizz at the top level, and untouchable in terms of elegance, complexity and finesse, with growing competition from Franciacorta, Trentodoc and English sparkling wine it can no longer rest on its laurels at grande marque level.

We’re living in exciting times for sparkling wine, as Petrassi pointed out: “Sparkling wine should take its place at the high table of wine – it’s no longer just for cocktail parties,” he said. Though it’s Michael Edwards who had the last word: “The category is doing really well worldwide as a lifestyle wine – it’s not just for ladies who lunch.” 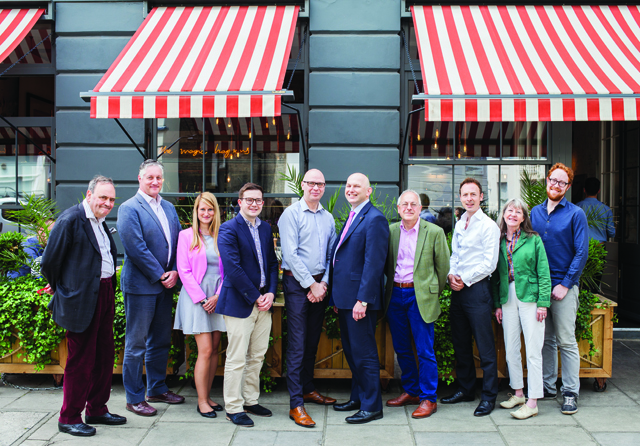