This year’s Champagne Masters showed that the quality in the sector is very high. Patrick Schmitt MW takes a look at who took away the top awards at the blind tasting. 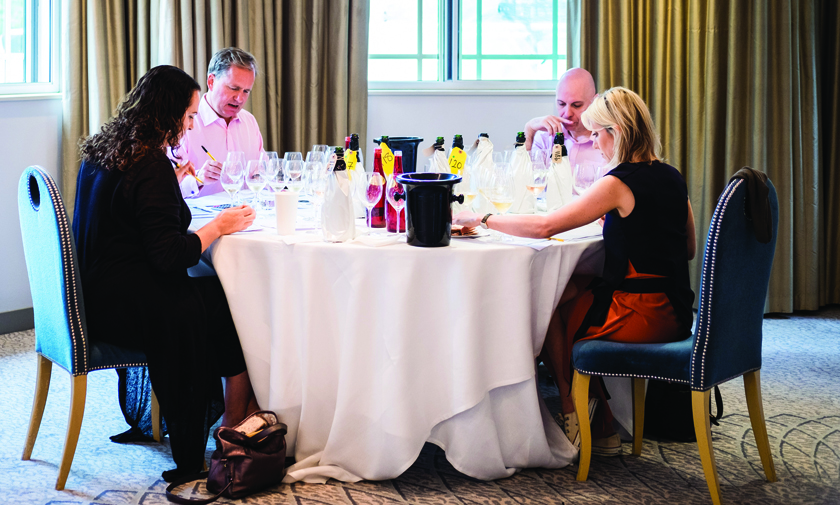 CHAMPAGNE IS, of course, an extremely powerful brand. And while that brand strength stems from the region’s history and high-profile supporters, not forgetting the fierce protection of the Champagne name, it also comes from the product itself – which is widely revered for its style and quality.

Indeed, it is the benchmark for sparkling wine. But how good is Champagne today? If one is to judge it by the region’s flag-bearers, then, looking at the results of this year’s Champagne Masters, one can see that the region really is on song. As we have reported in the past, the major houses, or Grandes Marques as they are commonly called, have been on a mission to improve their bread and butter output, the Brut NV Champagnes – a style that makes up more than 80% of production across the entire appellation – and the results of such efforts are really starting to show.

The Champagne Masters is a competition created and run by the drinks business and is an extension of its successful Masters series for grape varieties such as Chardonnay and Pinot Noir, as well as regions such as Rioja and Chianti.

The competition is exclusively for Champagne and the entries were judged by a selection of highly experienced tasters using Schott Zwiesel Cru Classic glasses supplied by Wine Sorted.

The top Champagnes were awarded Gold, Silver or Bronze medals according to their result, and those Champagnes that stood out as being outstanding received the ultimate accolade – the title of Champagne Master. The Champagnes were tasted over the course of a single day at the Dorchester Hotel in London. This report features only the winners of medals.

Making these Brut NVs better has been, in part, an amelioration in the quality of the grapes, which is connected to superior viticulture, as well as, in particular, a more sophisticated understanding of when is the ideal moment to harvest.

But for the Grandes Marques especially, who buy in the majority of the grapes they vinify, quality improvements are really a question of superior cellar practices – such as the decision by these famous Champagne makers to use more reserve wine for greater consistency, roundness and complexity, as well as to allow the wine to rest for longer periods in the cellar both on its lees and off them, bringing a desirable bready character, and a more integrated dosage.

Other minor adjustments for improved precision include a reduction in the amount of sugar used in the Brut cuvées, with on average a drop of 20% in dosages over the past 15 years. In combination, this means that any tart, green fizz with a slightly sugary finish is not in evidence today, at least among the famous names that do so much to further the awareness of Champagne worldwide.

So, as the performance of Champagne’s top 10 biggest brands by volume shows, the mightiest names are making some seriously good sparklings, and that’s despite the fact that the majority of the samples assessed this year used base wine from the weak 2011 vintage.

Nevertheless, it should be added that the Grandes Marques do need to be crafting first-rate fizz – not only are the retail and restaurant prices for these cuvées increasingly high, but also the quality and extent of the competition from outside Champagne is rising all the time.

As our Sparkling Masters competition has shown, the output from England, Italy (Franciacorta and Trentodoc) and New Zealand in particular, is increasingly similar in style and quality to Champagne, and more often than not, a touch cheaper than the famous French fizz (though the difference is not as much as one might imagine). But this competition was focused on just Champagne, pitching the biggest brands against each other, and the famous names against lesser-known producers.

Among the sub £30 Non-Vintage Champagnes, no label gained a Gold, but there were plenty of Silver medals, particularly for the cooperative brands, such as Palmer, Jacquart, Montaudon and De Castelnau – all names that are carving out a reputation as good quality entry points to Champagne.

The only Grande Marque Champagne in this price category was Canard-Duchêne, which, with its Cuvée Léonie Brut – a Non-Vintage that benefits from three years ageing in the producer’s cellars – showed why this house is considered a good-value alternative to more famous brands. 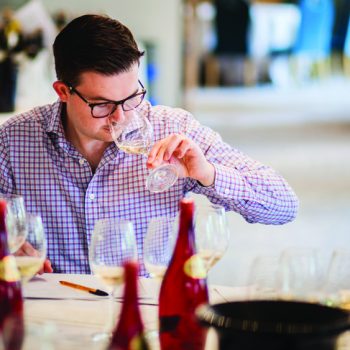 Moving into the £30-40 price band, but staying within the Non-Vintage category, the judges were impressed by the quality of Champagne’s largest label: Moët & Chandon, which this year gained a Gold in the blind tasting, up from Silver in 2015. Known among Champagne aficionados for its reductive style of winemaking, Moët’s Impérial Brut NV had an appealing gently sulphurous note, similar to a freshly struck match, combined with a core of ripe yellow fruit and a slightly honeyed character, doubtless from the use of well-stored reserve wine. In essence, it represented a particularly attractive balance.

But it was equalled in quality by a delicious example from De Saint Gall, another cooperative brand, which offered a core of ripe yellow fruits, along with a prominent toasted brioche character and a refreshing, almost bone dry, finish – it was an Extra Brut. However, attracting yet more praise in this category was the sample from Piper-Heidsieck, which, as our first Master of the tasting, became the top example of accessibly-priced NonVintage, benefitting from plenty of fruit and freshness and a lovely toasted bready character along with that classic Champagne chalky taste on the finish.

The quality in this price category was strong across the board, with almost all the entries gaining a Silver or above, and those that didn’t only just missing out – often due to a bruised apple character, suggestive of more oxidative handling, which, while not always unpleasant, can give a bitter finish to the Champagne. Over £40, and we witnessed another star of the day’s tasting, although when the wine was revealed – Charles Heidsieck Brut NV – we weren’t surprised: the house has a long history of producing ‘best-in-class’ Champagnes.

But also in this category was something we weren’t expecting, which was the very high scores for Montaudon, whose Class M rangetopping non-vintage is an impressive fullbodied Champagne with class. Moving beyond £50, it was Taittinger and Lanson that gained the Golds, with the former producer’s Prélude showing the quality of fizz attainable when grapes are sourced from the best grands crus vineyards in Champagne, while the Lanson displayed the complexity possible from extended ageing on the lees for wines that haven’t been through the malolactic fermentation. 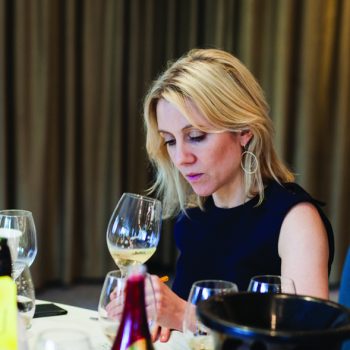 In the blanc de blancs category, it was cooperative brands Palmer and De Saint Gall that performed better than the rest, with the latter picking up a Master for its Cuvée Orpale Grand Cru from the brilliant 2002 vintage – giving consumers a fresh chance to sample the delights of this harvest long after most others have sold through not just their 2002s, but 2004s, 05s and 06s.

However, Chardonnay specialist Henriot ran this Champagne close with its Non-Vintage Blanc de Blancs. Meanwhile, while we sampled some very good Blanc de Noirs, none of the entries quite reached the heights of the Brut NVs or Blanc de Blancs, suggesting that Champagne needs Chardonnay to hit the highest notes.

The Vintage and Prestige Cuvée categories showed that a range of recent vintages are producing high-class Champagnes, although when the 2002s featured, they tended to perform better than other years – and recommended in particular is the De Castelnau 2002 for its price-quality-ratio and the Rare 2002 from Piper-Heidsieck, which may be expensive, but is an outstanding fizz.

As usual, the Vintage category delivered the most bang for your buck, with plenty of Golds and Silvers for Champagnes beneath £100. These wines may not have all the accoutrements of the rangetopping Prestige Cuvées, but in terms of what’s in the bottle, a Vintage Champagne from an excellent harvest made by a good producer is hard to beat.

As for the pink Champagnes, this is an area that has dramatically improved over recent years, yielding wines with brightness and, at the top end, persistence, power and many layers of flavour. And few are making greater rosés than Charles Heidsieck and Henriot – even if these are houses better known for their blanc Champagnes. Sparkling wine is a growing category with a wide range of new players, but judging by this year’s competition, Champagne, whatever the style, is still at the peak of the quality pyramid.

“Interestingly, it was often the relatively humble NV cuvées that out-performed their elders, and allegedly betters, and the so-called Prestige Cuvées, on occasion, not quite justifying their immodest price tags.

Honourable exceptions were Henriot and, slightly surprising to me, Piper and not in the least surprising to me,
the great wines of Charles Heidsieck. The fact that the Blanc de Millénaires 95 only notched up a Gold raised an eyebrow just because of the weight of expectation on its now beautifully mature shoulders.

All the more reason to pay respects to the great and much missed Thierry Roset. Dosage seems less overplayed than in previous years and there were fewer examples that were oxidised, egregiously tart or clearly ‘made’.

Autolytic notes were pleasingly present, demonstrating that the requirement for the Champenois to raise their game in the face of ever-widening competition has not been overlooked.

It was interesting to see some good notices for some of the major brands (Lanson and Moët among them) some of the volume négoces (eg G.H. Martel) performing creditably; ditto some of the co-ops (Palmer being, as usual, a very reliable example). Indeed, the corollary to this is that some of the more prestigious names did not uniformly shine.Or at least they did not stand out conspicuously in their respective groups.

In terms of the rosé, the results were far more consistent, with the more prestigious and expensive wines generally performing far better. The stylistic variations in this category were revealing, although once again, the wines were dominated by fresher wines with gentle red fruit personalities. Long may it continue.”

“Generally I found the quality of the wines tasted very high. In my opinion it shows that the quality on every level in Champagne is better than ever. I expected that almost all Champagne entries would gain a medal and most wines did, confirming that on the whole, producers’ standards are high.

I think many people assume that all the large houses would gain high scores but that was not always the case. There were some wines from less well-known produces that did very well, demonstrating that there is more to the region than a brand. “The Vintage and Prestige Cuvée offerings stood out as expected and deserved their Gold/Masters.

The Rosé and Blanc de Noirs entries were polarising with some top wines only scoring Bronze and others Gold. There were some ‘skinny’ and astringent NVs that were covered up by high dosage. I would like to think it’s a result of some poor vintages, but blending should take of care of that.

I suspect it’s a result of high yields and trying to squeeze as much juice as possible from the grapes. Finally, there was a really interesting alternative grape entered – a vintage 2008 Pinot Blanc, which was great.”

“The biggest issue of Champagne is its price tag, it is an expensive product, however, with the quality rising in the entry level range we can now consume a very good product for a reasonable price.

Champagne is an ultra competitive market and is becoming increasingly competitive which is beneficial for the consumer. I loved the prestige cuvée flight and some of the entry level Champagnes over-delivered in my opinion.

There were very few disappointments, although some of the rosés tasted over-extracted or tired, and I don’t really like those overripe and oxidative white Champagnes either. Overall the wines were of a very high quality; 90% were a real pleasure to taste.” 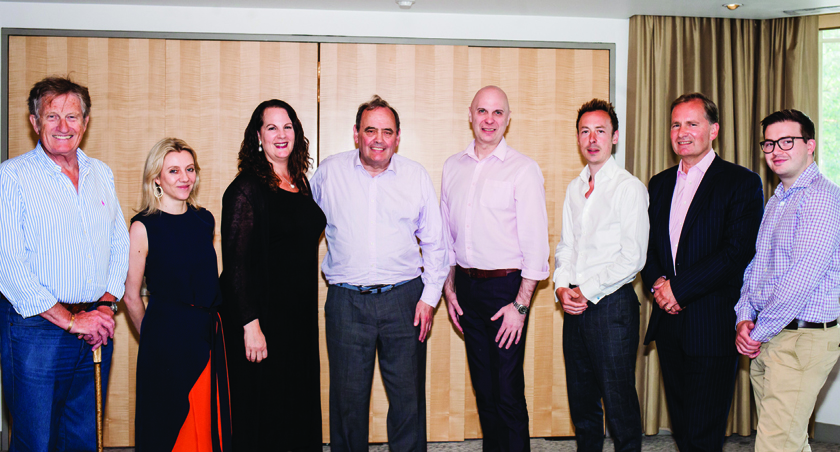