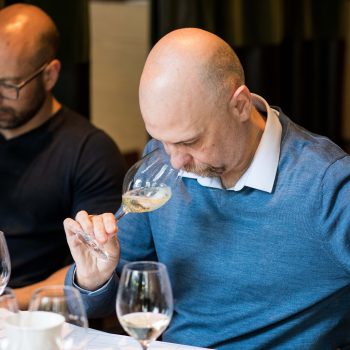 Champagne, when represented, lived up to its reputation at all price points. Perrier-Jouët took home Gold for its Blanc de Blancs (£50+), Grand Brut (£30-£50) and Belle Epoque 2011 (£50+). However, it was its NV Brut Blason Rosé Champagne (£30-£50) that really impressed, receiving the competition’s first Master. Noting the rising quality of rosé Champagne in general, judge Michael Edwards said this fizz was demonstrative of the “dramatically improved quality of the red wine used for rosé making” in the region.

Stefanowicz also acknowledged that rosé sparkling wine in general had “improved immeasurably in the last decade”, but nevertheless felt that it was the most inconsistent segment of wines in the competition. Offering some food for thought, she said: “There were still a few too many where the sugar-acid flavour balance was not quite poised. Admittedly, most rosé wines are not designed with much autolysis in mind, so they rarely have the added dimension to balance out the sweetness.”

Elsewhere Champagne Mumm’s Grand Cordon picked up a Gold, as did Champagne Leclerc Briant for its Brut Reserve (£50+), while its Premier Cru Extra Brut (£50+) was awarded a Silver. This house was also responsible for one of the most intriguing wines of the day, Abyss (£50+) – a Brut Champagne aged at the bottom of the Atlantic Ocean for one year – which won a Silver. One of the best-value Champagnes of the competition was Lidl’s Comte de Senneval Champagne Brut (£10-£15), which won a Silver, proving that quality can be found at the lower end of the price scale.

“I love the fact that Champagne is still strong and holds the quality bar very high, but there were plenty of other options, like English or Spanish fizz,” said sommelier and judge Andrea Briccarello. “In terms of quality and price, the best category was the £10-15 segment, with some of the more premium wines not delivering enough for the money. I was also pleasantly surprised by the own-brand wines from the likes of Lidl, which takes its wine selection very seriously.”

Crémant offered further high points, bringing forth high quality, medal-winning wines at the £10-£15 mark, reminding us of the category’s good value. Bouvet Ladubay picked up a Gold for its Crémant de Loire Brut Blanc, along with Reverchon’s Riesling Crémant Brut (£20-£30) from Hessen in Germany. Domaine Paul Mas scooped a Silver for its Côte Mas Crémant de Limoux Brut, along with Patriarche for its Crémant de Bourgogne Rosé and Blanc expressions.

On par with the Champagnes in terms of price, many of the English sparkling wines were well received, with Wiston Estate receiving a Gold for its Blanc de Noirs and Cuvée Brut (£30-£50), while Hattingley Valley picked up a Silver for its Classic Reserve (£30-£50).

“English sparklings, a small group, were very good,” noted Stefanowicz, “an indication that England should be considered as an alternative to our neighbours across the Channel.”

Of all the regions represented in this year’s competition, Cava has seen the biggest upheaval in the past year. In 2017, DO Cava launched the Cava de Paraje Calificado classification, which is open to all Cava producers. However, just nine cellars have reached the required standards to achieve the new quality seal – the equivalent of just 300,000 bottles in a region that produces 245 million annually. So it was gratifying to have one such wine in our line-up, which lived up to the certification’s high quality standards. Barcelona’s Gran Torelló Cava de Paraje Calificado received a Gold – a shining example of the DO’s ongoing efforts to drive quality upwards while also better highlighting the region’s best wines. From the New World, Roederer Estate flew the flag for California, winning a Gold for its NV Quartet and NV Quartet Rosé (£20-£30), both from the Anderson Valley. Chile performed particularly strongly at the lower end of the price spectrum, with Maycas del Limarí winning a Silver for its Espace Brut (£10-£15) from the Limarí Valley, while Viña Maipo scored a Silver for its Vitral Sparkling (£10-£15) from the Central Valley.

“Finding good-value wines in the under-£10 and £10-£15 brackets was superb,” noted Stefanowicz. “The traditional-method wines at £10-£15, whether Crémant from the Loire or Bourgogne, or well made Cava, also provide exceptional value for money, with fresh bread or gentle buttered toast autolysis accenting fruit. Above £20, the wines seemed to have more consistency in terms of depth and complexity. And the wines at higher prices (£30+) were beautifully cut diamonds, serious wines with layers of aromas and flavours and lovely textured mousse across the palate.”