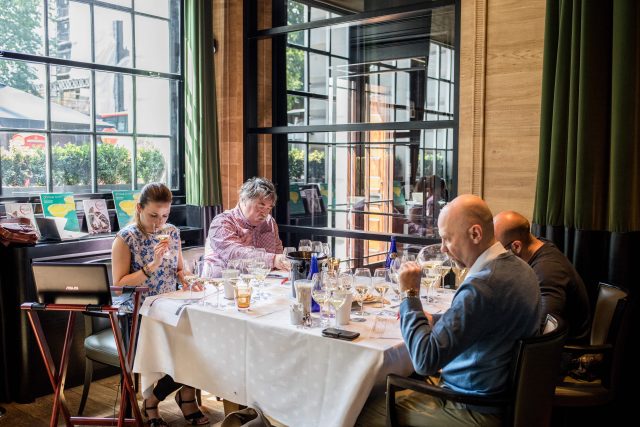 The most successful region, and the most dominant of this year’s competition in terms of volume, was Italy, which achieved medals in all styles and price points, and was responsible for two Masters. In a major coup for sweet sparklers, specifically Asti, Giulio Cocchi’s Spumanti Asti DOCG (£10-£15) from Piedmont received a Master, making it one of the best-value wines of the competition. Italy’s Scavi & Ray also picked up a Gold for its Moscato (£10-£15) from Emilia-Romagna, while its Ice Prestige from the Veneto, giving credibility to the sparkling over ice trend, was awarded a Silver. Santero Wine’s Asti Degli Angeli DOCG Santero, meanwhile, picked up a Silver, and at the wallet-friendly under-£10 price point.

At the opposite end of the sugar scale, Cantine Monfort’s Riserva Brut (£30-£50) from Trentino-Alto Adige, made from 80% Chardonnay and Pinot Nero, took home the competition’s third and final Master, topping a clutch of high-performing wines from Trentodoc in the far north of Italy, known for its traditional method fizz made using Champagne grapes. Producers Letari, Endrizzi and Maso Poli all picked up Silver medals for wines from Trentino Alto-Adige, all of which fell within the £20-£30 segment.

“There were some serious wines from elsewhere in Italy: Trentodoc produced one very fine wine, and the wines from Alto-Adige had subtlety yet concentration,” says Stefanowicz. Going after the same market as Trentodoc, the few examples of Franciacorta that were judged, also known for its traditional method fizz, scored highly. Ca’ d’Or’s Franciacorta DOCG Saten (£30-£50) won a Gold, while Barone Pizzini’s Franciacorta Rosé (£30-£50) was deemed “exceptional” by Edwards.

Prosecco, while reliable at lower price points, failed to hit the high notes, with Massotina the stand-out performer in this category. Its Le Rive di Ogliano Extra Dry DOCG Prosecco (£20-30) was the only example to gain a Gold, along with a clutch of Silvers. Elsewhere, Fontanafredda scooped a Gold for its Vigna Gatinara Alta Langhe DOCG (£20-30), from Piedmont, while Cleto Chiarli gained a Gold for its Lambrusco Grasparossa di Castelvetro DOC, from Emilia-Romagna, which, at under £10, was one of just two wines of the whole competition to win a Gold at this price point (the other being from Hungary). 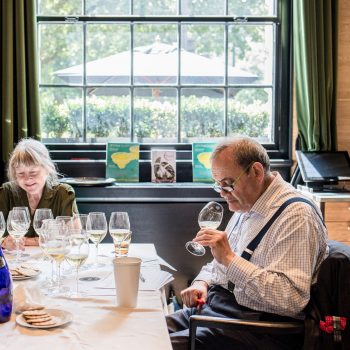 While it’s always good to see traditional regions raising the bar and maintaining quality, one of the most rewarding aspects of the Global Masters is the discovery of an underdog – a country or region that comes out fighting against the big players, and shows real promise of longevity and progress. Even more gratifying is when unknown or indigenous varieties triumph.

For this competition that country was Hungary. Törley’s sweet Hungaria Irsai Olivér Doux, made from the Hungarian grape variety Irsai Olivér, was the second wine to win a Gold in the under-£10 category. Törley was also rewarded with a Silver for its 100% Pinot Noir Orfeum Rosé Sec, 100% Pinot Noir François President Brut 2014, and its Törley Excellence Sarga Muskotaly Doux, made from the Hungarian Muscat Lunel grape, as well as its Hungaria Grand Cuvée Brut, made from a blend of Grüner Veltliner, Riesling and Királyleányka. All of these wines are priced at under £10, demonstrating a superb quality-to-price ratio from a somewhat unlikely source. Arba Wine, based in the Almaty region of Kazakhstan, was also a wildcard entry that prevailed over many of its more high-profile competitors, winning a Silver in the over-12g/l sparkling rosé category for its Rossa Assa Valley 2014 Pinot Noir.

The Sparkling Masters is always a hugely diverse but rewarding competition. This is reflected by the fact that our three Masters neatly represent a broad sweep of sparkling styles, from a dry Italian Brut and rosé Champagne to a sweet Asti DOCG.

As judge Marcel Orford-Williams, wine buyer for The Wine Society, reminds us: “The choice facing the consumer is positively bewildering. Even better is the variety of tastes and styles on offer. Champagne has been the dominant force in sparkling wine for generations, but it was not always the case. Limoux was making sparkling wines well before Champagne. And if I am right, there was a time when Saint Peray was more sought after than Champagne. This simply goes to show that despite Champagne’s position, diversity has always been key to the sparkling wine category, and that is even more true today.”

Champagne might still be the benchmark, but it comes at a price. Other regions are continuing to prove that they can achieve the complexity and quality of Champagne, but at a much lower price, and in a range of styles. With rising demand for fizz driving global wine sales, and the industry working from a smaller-than-average 2017 harvest, credible producers of quality sparkling wine, whatever their source, will be in high demand.