We reveal all the medallists from this year’s Pinot Gris Masters, which drew attention to the brilliant peach- and pear-scented whites from northern Italy, but also parts of the US, Canada, New Zealand and eastern Europe. 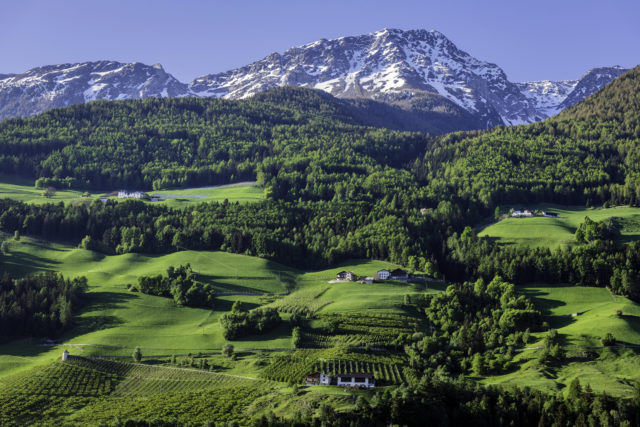 What do western Romania, northern Italy, Marlborough and Napa have in common? Aside from the obvious fact that they are all vine-growing regions, each one of these areas was home to a top-scoring entry in this year’s Pinot Gris Masters. If one adds Alsace to this list, then you have a handful of the great places for this grape, although it should be stressed that the stylistic range is broad, even within this select number of sources.

Indeed, Pinot Gris is a grape that requires much knowledge from the consumer, or, at least, guidance from the seller, be they a sommelier, shop manager, or tasting-note author. For a start, it’s a variety with two names – Pinot Gris and Pinot Grigio, which of course mean the same thing. Although we have chosen to use its French moniker, Pinot Gris, to reflect it’s historical home – Burgundy (where it started life as a colour mutation of Pinot Noir) – it is best-known as Pinot Grigio, due to Italy’s dominance when it comes to volume production of the grape, followed by California (and Germany, where it goes by yet another name, Grauburgunder).

Whether the bottle carries its French or Italian name, however, is not simply a question of source – it also has stylistic implications. Those who choose Pinot Grigio from Northern Italy, but also parts of the New World, may not realise this, but they are buying into a specific type of wine: a fresh, bright, generally light style of white, often dominated by citrus flavours. Should they opt for Pinot Gris, however, it is usually because they are seeking something with more weight, generally with yellow fruit characters, and sometimes a honeyed note, even some residual sugar – and in certain cases, oak influence too. Consequently, the fine wine expression of this grape is almost invariably sold as Pinot Gris. They are, of course, many graduations along this scale, with weighty, barrel-matured Pinot Grigio, and fresh, linear, bone dry Pinot Gris available on the market today.

Now, while the judges in this year’s Pinot Gris Masters, like those in former tasting competitions for this grape, tend to give the highest scores to the richer styles, this is not always the case. Pinot Gris can be picked early, or grown in cooler climates, to make something expressive without resorting to very ripe, sweeter and sometimes botrytised flavours associated with, in particular, the wines from the grands crus of Alsace.

As a result, you will see that this year we even awarded a Master – our ultimate accolade – to a Pinot Grigio from northern Italy, with a price tag of £9, called Antica Vigna. Hailing from the newly-formed Pinot Grigio delle Venezie DOC, this represents a white wine of outstanding value, with masses of peach, pear, lime and greengage fruit, and, while it does have a touch of oiliness to the mouthfeel, it finishes with a linear, crisp, dry sensation expected of Italian wines crafted from this grape.

Such a wine, along with the others at the opposite end of the stylistic spectrum, proved that this grape deserves a better reputation. And, especially when it comes to examples from Northern Italy, which is so closely associated with the cheaper end of the offer: inert, thin whites that offer refreshment, but little flavour. Indeed, the competition’s only other Master was also from the delle Venezie DOC of northern Italy, but a Pinot Grigio with a different character. Coming from La Ronciai winery, this had a delicious pineapple and cream flavour combination, due to the use of barrels for the fermentation of fully ripe fruit.

Also notable among the greats of this year’s tasting were wines from Cremele Recas in the Banat region of western Romania, along with those from Marisco and Te Pa in Marlborough, and Joel Gott in Napa, along with a lovely entry from Mission Hill in the Okanagan, not forgetting a range of fantastic samples from Alto Adige (Cantine Valle Isarco and Peter Zemmer) and the Veneto (along with the aforementioned Masters was a Gold for Tenute Salvaterra) as well as Fruili (Pradio) and Trentino (Cavit).

Although not a Gold-medallist, we also enjoyed an appealing creamy, pear and lime scented fizz from Ponte, which has taken Northern Italy’s Prosecco-making expertise to the grape, and to great effect too.

Finally, although this report has focused on the greatest expressions, it is important to note that general high standard seen among the wines made from Pinot Gris, which doubtless explains why this grape rose to such a crowd-pleasing status in the first place. Today, helped by tastings such as this, Pinot Gris deserves to reclaim a position as the base for characterful, refreshing, good-value offerings – not just basic, short-lived whites – while retaining its reputation for great, textural wines too. 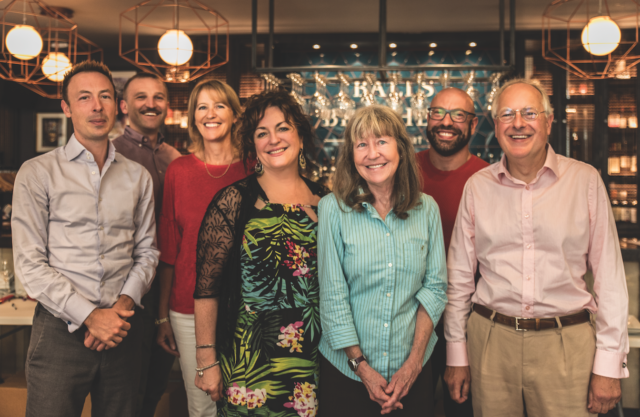