Rioja Masters 2019: the results in full

A full report on the top wines and leading styles from this year’s Rioja Masters, the most comprehensive annual blind tasting of current releases from this flagship Spanish region in the UK. 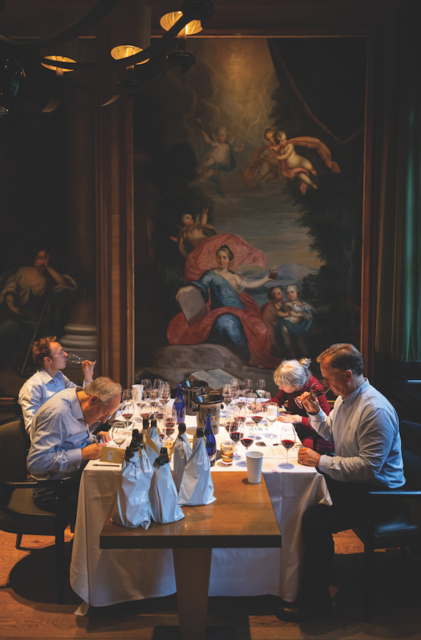 Before analysing the results in detail from this year’s Rioja Masters, it should be stated that this single tasting achieved a higher tally of top medals than almost any other competition in the Global Wine Masters series. Considering just the most glistening results, the judges awarded as many as 26 Gold medals, and, remarkably, a total of six Masters, which is the ultimate accolade, and given out only when the wine is outstanding.

What does this tell us? It shows us that Rioja is making wines right now of a style and quality that is first-class, and at all levels – although certain categories did perform better than others. It also confirms that the consumer is a good judge too – Rioja is one of the retail and restaurant’s sector most popular wine regions.

And if one is to sum up why this large Spanish wine region delivers so much, and without charging a hugely-inflated price, then it comes down to two key elements: the successful match between the terroir and the grapes of the region, and the particular approach to maturation in this part of Iberia.

Regarding the former, the mix of native Spanish grapes and this high, dry, barren plateau, yields wine with plenty of ripe fruit, but a cleansing natural acidity. As for the latter, the common practise of extended ageing before release, notably in barrels, produces a style of wine that’s soft, layered, and generally ready to drink on release, even at the top end – where rival European fine wine region so often advise buyers to cellar their latest orders for several years before opening.

Rioja’s present success also reflects recent change, and this is an area of Spain that may have an old-fashioned image, but shows marked dynamism. This was certainly clear at the start of this year’s tasting, which focused on the proportionally small white wine offering from Rioja (representing just 8% of production). Whereas this aspect to the region would have – as little as a decade ago – been dominated by Viura-based wines that were either light and simple, or, as a result of long-barrel-ageing, heavy and oxidative, today we are seeing clean, ripe whites of great character, as well as oak-influenced versions with nutty complexity and texture, but fresh fruit too.

The personality of the wines without the traditional Rioja treatment of barrel-ageing, governed by the region’s classifications – from Joven to Gran Reserva – hails from a change to the laws several years ago, allowing a greater range of white grapes to be planted for use in Rioja Blanco. Among these is the aromatic Verdejo grape – with Marqués de Cáceres gaining a Silver for its great value grapefruit-scented Don Sebastian branded version – as well as Tempranillo Blanco. This grape, sister to flagship Riojan red grape Tempranillo – is increasingly being used to produce varietal whites and to great affect, with orchard fruits, and an oily texture that complements a touch of new oak influence – both Viña Pomal and Rioja Vega being brilliant examples of this, and hence their Golds in this year’s Masters.

Indeed, if there was new and distinctive arrival to the world of Spanish whites, albeit niche, it is Tempranillo Blanco. As for the more traditional offer from Rioja, which sees Viura aged for years in barrique to produce something rich, waxy, and vanilla-scented, then this is still on offer, and made to a high standard with the Lar de Paula Blanco Reserva, a Gold standard wine with a strong character.

While Rioja is also able to craft fresh, red-berry rosés too, and sometimes with oak-influence as well, we saw little from this particular category in 2019, but that doesn’t mean one should not forget this offering from Rioja, particularly as the market for pink wines strengthens, diversifies and premiumises.

Moving to reds, however, the mainstay of Rioja’s output, we began the tasting with the youngest category, classed Joven. Interestingly, as Rioja’s classifications concern ageing times, rather than necessarily quality levels, we had Joven reds from the most basic to some of the region’s priciest. While the tasters were very excited to find delicious, fruity, youthful reds at keen prices from Marqués de Cáceres and Rioja Vega in particular, they were also excited by the quality at the top end from Faustino, with its Faustino & Eneko label – something crafted by the producer for the revered Spanish Michelin-starred chef, Eneko Atxa. In contrast to the more common output from Faustino – a Riojan leader in the Gran Reserva category – this expression spends just eight months in oak, allowing the rich red fruit flavours to shine.

Moving to the Crianza category – the classification for reds that have spent a minimum of one year in oak – we once more saw some delicious wines, on top of a big bank of Silver medallists, showing the high base standard in this category, which is such a big seller in Spain. It was here we found some of the best-value wines of the tasting, with sub £15 Crianzas from Viña Albina and Marqués de la Concordia both picking up Golds, while the higher-priced versions from Bodegas Corral and the Rolland-Galerreta label also impressing greatly. At the highest end of the price spectrum, the judges were wowed by the juicy, fleshy, layered pure Garnacha from Baigorri, highlighting the quality attainable from this grape when the vines are old and the site just right.

As for the Reservas, where a minimum of three years ageing (one of which must be spend in oak) brings an altered style of wine, we were delighted to find a delicious, classic, complex and bright red from Bodegas Muriel that retailed below £15, with its Fincas de la Villa Reserva awarded a Gold.

However, it was over £15 that most of the top medals were seen, while the first Master of the day was given to the slightly (but not much) pricier Eguren Ugarte Martin Cendoya Reserva. Notably, over £30, every sample picked up a Gold – or above, with a pure Graciano from Viña Pomal awarded a Master, which also showed that not just Tempranillo or Garnacha can, on their own, make top wines in Rioja.

We then finished the day with two final classifications in Rioja, both of which are divisive. The first, Gran Reserva, can create debate according to the judge’s preference, even though our judges are focused on quality, regardless of their personal tastes. While some are forgiving of more traditional, long-aged, and lighter styles of Gran Reserva, seeing it as a unique offering in the world of fine wines, others desire more weight, fruit and youth in this category. Not only did we see both styles, but each were able to deliver greatness, with the brilliant source of affordable and traditional Gran Reserva Rioja – Bodegas Faustino – gaining a Gold for its sub £20 sample from the 2009 vintage, and Viña Pomal also picking up the same medal for its richer, juicier and younger (and slightly pricier) Gran Reserva from 2012. At the top end of this category was the Remírez de Ganuza Gran Reserva from 2005, a delicious blend of barrel-sourced characters, mature fruit, and freshness, showing what a first-rate producer Fernando Remírez de Ganuza is.

The other controversial category, dubbed Vinos de Auto, which loosely translates as winemaker signature wines, creates discussion as such stylistic variation exists within a sector of Rioja designed to bring together wines that fall outside the traditional rules of the region. In effect, this is a sort of Super Tuscan equivalent for Rioja. As one might expect, the stylistic variation is broad, from intense, concentrated – sometimes over-extracted reds – to lighter, softer examples, although generally the wines lean towards the former type. Among the greats, reds that would compete on a world-stage with any powerful fine wines, were samples from Altos de Rioja, Concordia, Lan, Leizaola, and Ollauri.

In short, it was highly apparent that Rioja can deliver brilliant wines at a wide span of price points, and in a broad range of styles. It can produce something juicy, easy, and fresh at the bistro-level – be it white, red or Rosado – along with something fine, bright, and ready-to-drink at the finest end. Furthermore, it can yield something impressive, and powerful too, allowing the region to compete with top-end showy wine from around the world, while also sating a desire for something fine and delicate too – a growing sector, if one is to judge by the rising demand for great Pinot or Piedmontese reds.

In fact, whether you love big reds, or something more delicate, Rioja can provide something to suit, and, relative to great wines from Europe or beyond, this famous Spanish region offers impressive value for money. While we did see high-priced, high-scoring wines, the majority of our samples were sub £50, and, as noted at the outset, this tasting was near-record-breaking in the tally of top medals. 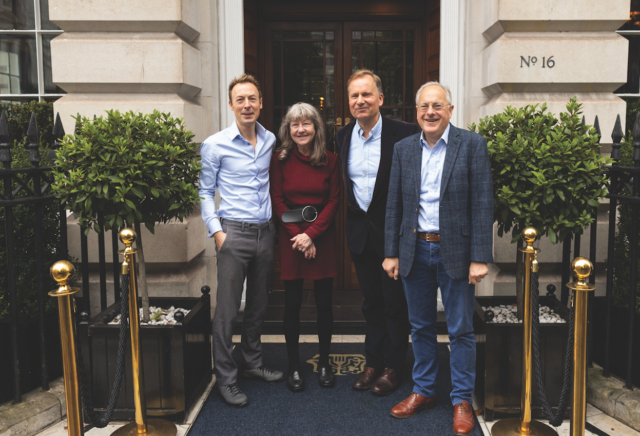