While Australia and Chile are well known for the quality of their Cabernet Sauvignon, other countries are snapping at their heels, with China and Israel in particular impressing in our annual blind-tasting competition, writes Alice Liang.

Robust yet approachable, Cabernet Sauvignon has long been a staple in consumers’ cellars. “In Hong Kong, Cabernet Sauvignon has become a brand name for people to go after,” said judge Jessica Ochoco, senior sales executive at Altaya Wine. “Most of them encountered the grape variety because of Bordeaux, but thankfully, after getting on with the first growths, they are willing to explore the same variety made in other regions.”

The dbAsia Cabernet Sauvignon Masters brought together entries of 100% Cabs along with blends made up of at least 50% of the grape variety from popular New World countries, such as Australia and Chile, to up-and-coming gems, namely from China and Israel. The panel was able to explore the potential that the grape variety can offer. 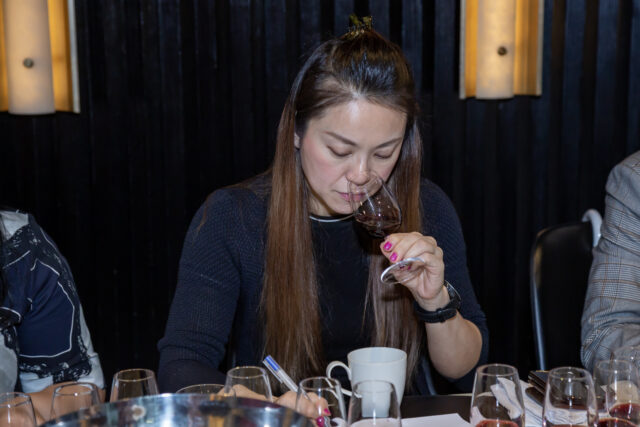 As one of the world’s biggest producers of Cabernet, Australia showed how good it is as a producer. Penfolds, the powerhouse of Australian wine, achieved a Master with its exceptional Bin 389 Cabernet Shiraz 2017.

According to Derek Li, Group Sommelier at JIA Group, the former has a “juicy and firm tannin structure topped with mint and herbal notes”, while the latter offers “an intense fruit flavour with a hint of cedar wood”. 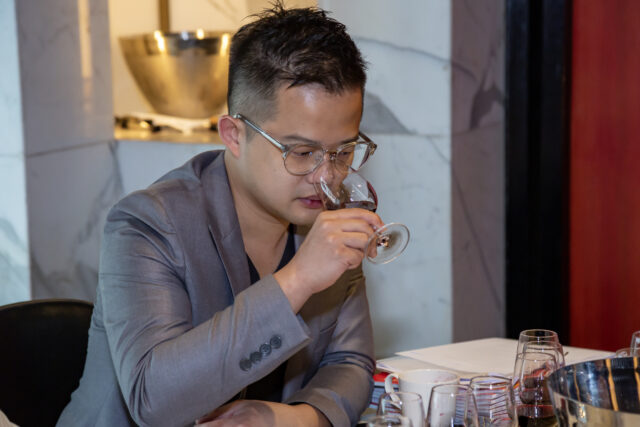 “The wine exudes rich and intense flavours of plum, violet, nutmeg and cinnamon. This is an easygoing wine that I find very enjoyable.” Meanwhile, Luis Felipe Edwards Doña Bernarda 2015, a Cabernet blended with Carmènere, Petit Verdot and Cabernet Franc, was awarded a Silver medal in the competition.

As an emerging wine-producing country, China shone in the competition by showcasing the graceful development of its wines. Hailing from Tianjin, Dynasty Fine Wines received Silver and Bronze medals respectively for its Premier Royal Selection – Cabernet Sauvignon Reserve 2008 and Wisemenship Collection – Ravissantia 2010 respectively. 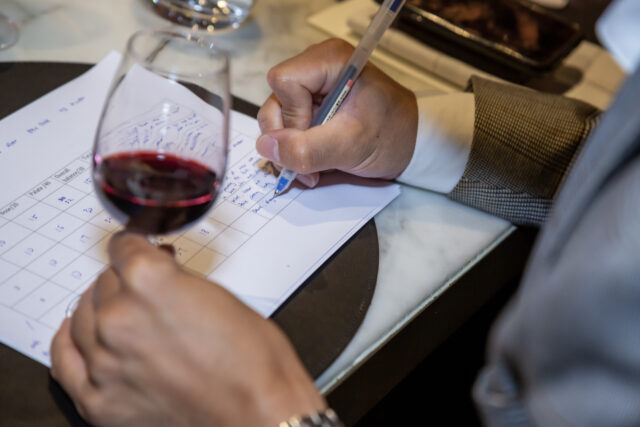 Carrying a price tag of HK$301 and above, the panel preferred the former as “it offers a lot of tertiary notes such as espresso coffee, caramel, toffee, and dried plums, while being powerful in style,” said Ochoco.

The Upper Galilee region in Israel has started to gain a good reputation for the wines produced there. Situated at a high altitude, Barkan Vineyards is located in the cooler northern part of the region. The high performer stood out in the competition by winning two Gold medals. Named according to the height at which the grapes are grown, The Altitude Series achieved recognition from the panel.

In particular, Gold medallist Altitude Series 624 Cabernet Sauvignon 2016 delivered “a fantastic body and richness,” according to Vincent Chue, beverage director at Tapa Room. He added: “The use of oak is apparent, but it is well balanced, and shows high drinkability.” Meanwhile, Cabernet Sauvignon Superiore 2016, which also won a Gold medal, showed a totally different profile. Li said: “The wine is pleasing and elegant. I am attracted to the intense characters of cassis, roasted coffee beans and nutmeg.”