The best Riojas from the Wine Masters on sale in 2020

With the judging now finished for this year’s Rioja Masters we can bring you the results in full, listing all the medallists, and drawing attention to the best Riojas on sale in 2020, whatever the style and category. 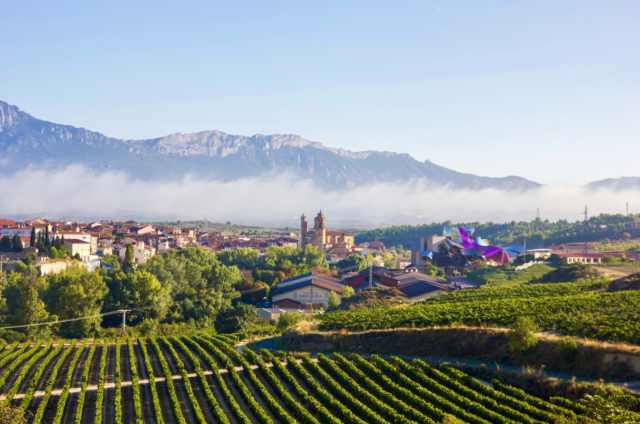 There’s a place in the wine world that’s proving particularly resilient in its popularity. Unlike the rise and fall of many a mainstream vinous source, from Chianti to claret, California rosé to German Riesling, the demand for Rioja, particularly in its reserva form, just won’t die down, despite its near ubiquitous state. Rather, it’s still a growing category, spearheaded by many strong brands, from Campo Viejo and Marqués de Cáceres to Faustino and Riscal. After years of chairing our annual Rioja Masters, and confirmed in particular this year, I think I know the reason for such enduring appeal. It’s primarily a question of style and value.

You see, Rioja has this appealing character of being juicy, oaky, and fresh. It has ripe cherry fruit from the Tempranillo and Garnacha that dominate its blends, vanilla and chocolate from the oak barrels used in its maturation, and a bright acidity from the cool nights in this relatively high-altitude continental region – vineyards are generally between 300m and 500m above sea level, but they can reach up to 800m or more. Then there’s the price charged for a taste of this likeable mix. Rioja is relatively affordable. You don’t have to stray much over £20 for brilliance. There’s also plenty of good quality, juicy quaffing reds below £10 too. And between these two price points, Rioja consistently delivers something that has a draw.

Such widespread adoration for the region’s produce does create one problem for Rioja, albeit a minor one, and that concerns its image among fine wine collectors – the people who happily regularly spend sums in excess of £100 on Bordeaux or Burgundy don’t seem to snap up Rioja. In my view, they are missing out. The greatest expressions from this region are delicious, ageworthy, and unique. Plus, unlike most great wines, Rioja’s finest bottles are often released when they are ready to drink.

Among the classifications, which are increasingly numerous, it is the reserva age statement, with its minimum of 12 months in oak, that offers the biggest bang per buck. It seems this period of time delivers the right amount of barrel-sourced vanillin and tannin to suit the fleshy red berry fruit of Rioja. It’s a bit like adding a desirable amount of cream to your strawberries – of course tastes differ, but you want something that improves the base ingredient, not smothers it. Having said that, there are plenty of lightly-oaked crianzas that are delicious, as well as joven wines from Rioja that give one a chance to indulge in the fresh berry flavours of this region, undiluted, and in a wonderful youthful state.

At the opposite end of the age spectrum, gran reserva Riojas should be celebrated for offering the drinker something rare and historic in the wine world – a drop that’s fully mature on its release, and sometimes pleasingly light and fresh, despite having powerful flavours.

Finally, we have, among the reds, the eclectic wonders of the ‘vinos de autor’ category, a place for experimental and ambitious winemaking. If you love reds with weight, oak influence, and elegance, then look out for this classification, where you generally have a wine style that’s a bit bigger in all areas, be it texture, wood flavours, or fruit ripeness. These can be great wines, and should be judged according to how well they compare relative to the world of powerful wines, rather than Rioja. So often they do admirably on this front, but can fail if you were expecting something with the light, spicy lift of a traditional Rioja.

Rioja is a rare place in the world of wine. Not just because it offers fully ripe wines with a fresh acidity, but because it boasts a broad sweep of wine styles. Such complexity adds interest. Meanwhile, strong brands take away the risk that comes with drinkers experimenting.

In any case, the quality standard that comes with the Rioja tag is high. Of all our tastings, the Rioja Masters generally sees us award the highest number of Golds relative to the quantity of entries, and, I should add, the fewest Bronzes or lower. There’s a reason why Rioja’s appeal endures. As noted above, it relates to style and quality. But as the diversity of Rioja character seen in our Masters shows too, it’s also an issue of choice. This Spanish region now makes a wine to sate all tastes – even those of the aforementioned fine wine collectors, who should have no trouble finding what they want, whether it’s among the concentrated wines of Rioja’s vinos de autor, or the aged elegance of the gran reservas. And it’s high time they started their search.

For now, see the tables below, which illustrate the range on offer in Rioja today, and the highlights from the two days of judging the competition.

Andrea Briccarello: “Rioja is still a strong brand in the UK, and I could see why during the tasting; the region offers great value for money, particularly the joven and crianza wines. I have a soft spot for white Rioja, so I really enjoyed the vinos de autor part of the tasting. “The crianzas and reservas were stunning, especially in the £10-1£5 range, with plenty of fresh, vibrant juicy red-fruit notes and spicy undertones, offering a lot of value. “There is much to like when it comes to Rioja; it all comes to style, more traditional or more modern, young and juicy (joven or crianza) or leather and tobacco (reserva or gran reserva). “The biggest surprise was the quality of these wines; which had hardly any faults. There were plenty of great wines that delivered in every glass.”

Patricia Stefanowicz MW: “The 2020 Rioja Masters was exemplary, and the wines demonstrate yet again why Rioja is well respected for quality, reliability and value. There are excellent wines in every category, from joven through crianza to reserva and gran reserva. The white wines showed well, and the vinos de autor expressed experimentation and excitement with a masterful touch. The judges awarded every wine in the tasting with a medal, perhaps a first? “The reds showed bright acidity and judiciously managed tannins throughout the different categories. The white Riojas exhibited lovely orchard fruits, purity of flavour and racy acidity in balance. “One or two reservas were serious wines with balanced acidity and lovely oak integration.”

The Rioja Masters is a competition created and run by the drinks business, and is an extension of its successful Masters series for grape varieties such as Chardonnay and Pinot Noir, as well as other regions such as Tuscany and Champagne, along with styles from rosé to sparkling. The competition is exclusively for Rioja wine, and the entries were judged using Schott Zwiesel Cru Classic glasses supplied by Wine Sorted.

The top wines were awarded Gold, Silver or Bronze medals according to their result, and those expressions that stood out as being outstanding received the ultimate accolade – the title of Rioja Master. The entries were judged on 9 and 10 November at the Novotel, London Bridge.

The judges in The Rioja Masters 2020 were Andrea Briccarello, David Round MW, Patricia Stefanowicz MW and Patrick Schmitt MW

This report features the medal-winners only. Please visit The Global Masters website for more information, or, to enter future competitions – giving you the chance to feature online and in print – please call +44 (0) 20 7803 2420 or email Sophie Raichura at: sophie@thedrinksbusiness.com